Go to: Message List•New Topic•Search
Submitted For Your Approval - Sixty-Sixth Installment
Author: D. B. Arthur
Date: 06-03-2022 - 08:15
Here's another photo I took THIRTY YEARS AGO, on July 04, 1992, of High Iron Travel's Explorers VI chartered train on what was then the Rossland Subdivision. It has since been renamed the Columbia Subdivision. The train is, by compass direction, southbound and crossing the 480 foot long, 117 foot high Stony (Topping) Creek Bridge at MP 17.5 near the smelter at Trail. This was another place where we set up a photo run-by and we ran to the end of the line at Warfield at MP 21.8. There were some sharp curves (for passenger cars) on that line segment and we had to use caution negotiating them. A steep grade, too. It's not very often that a passenger train makes its way to Warfield, British Columbia. I don't think one has been there since our visit. 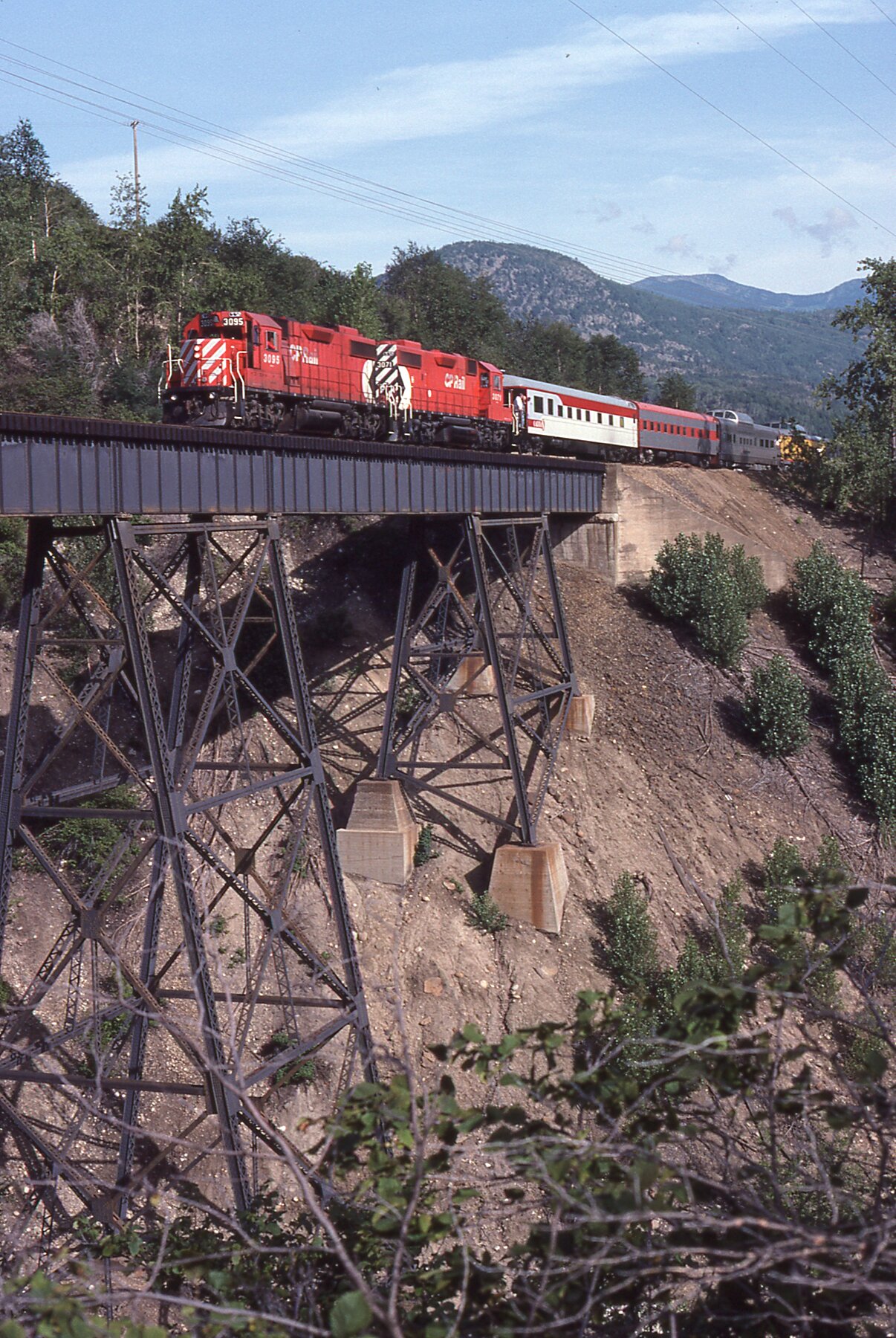