Go to: Message List•New Topic•Search
Submitted For Your Approval - One-hundred-seventy-fourth Installment
Author: D. B. Arthur
Date: 11-20-2022 - 11:55
Here's a photo I took on August 26, 1976, FORTY-SIX YEARS AGO, when I made a one-week trip to British Columbia and Alberta.

As seen from the northbound Caribou Dayliner, this was one of the rare occasions when the sun kinda-sorta made a brief appearance. In 1976, BCOL's color scheme was the two-tone green and they referred to themselves as "British Columbia Railway." When I visited in 1996 and rode that chartered excursion that toured the whole system, they were referring to themselves as "BC Rail" and had a red, white and blue color scheme. 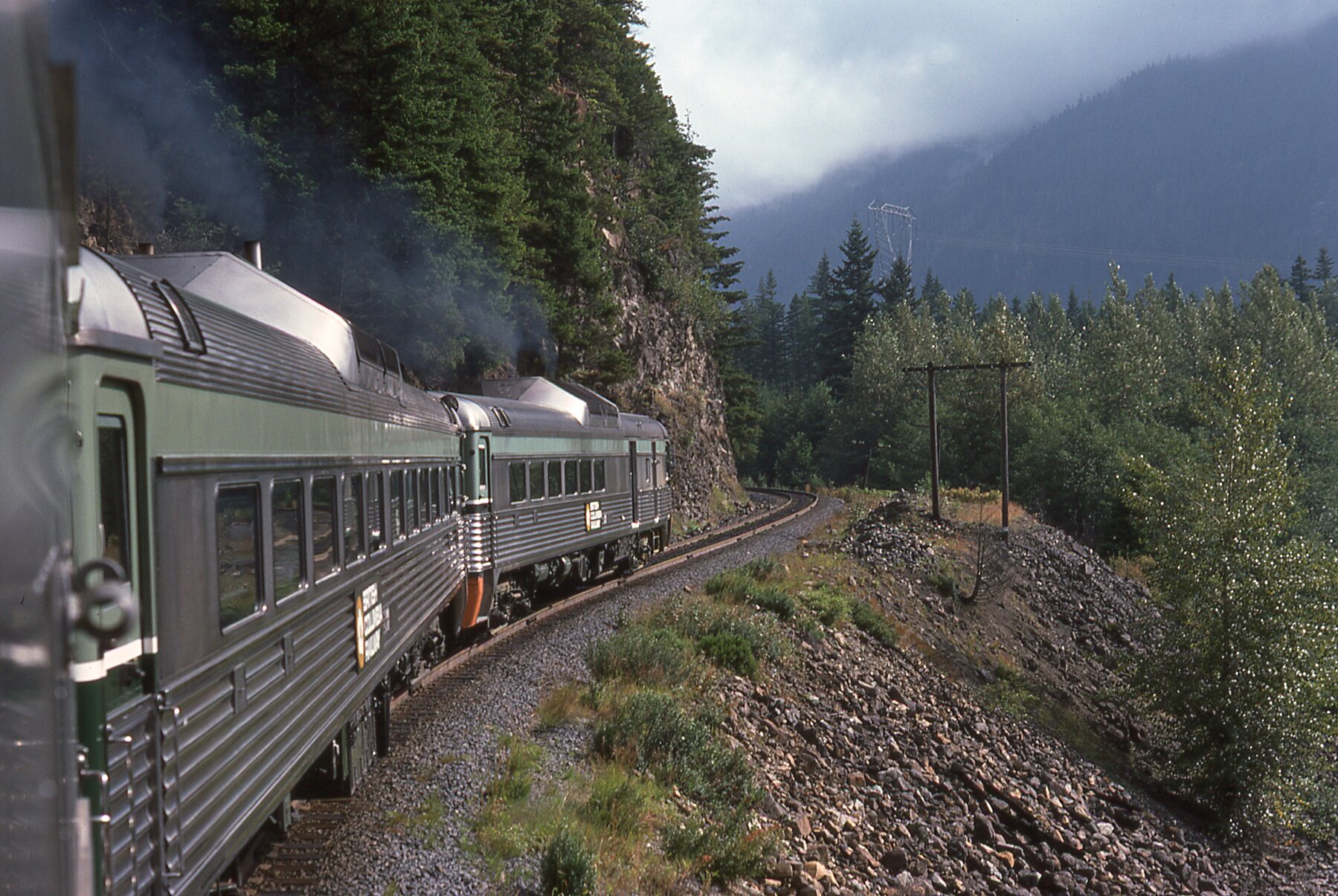