SMART leaves businesses out of loop
THE PRESS DEMOCRAT
May 20, 2014

The grain travels more than 1,000 miles over rails to reach Petaluma but then stops less than a mile short of the Lagunitas brewery, where it is loaded onto trucks and is driven the rest of the way south on McDowell Boulevard.

This final bit of logistical gymnastics is necessary despite Lagunitas Brewing's location along the train tracks.

The property historically had a rail spur  a kind of driveway off the main tracks into the plant to facilitate freight cars. But that connection was not restored when contractors rebuilt the rail line to prepare for commuter train service in 2016.

As a result, Lagunitas Brewing is forced to use a spur that Sonoma-Marin Area Rail Transit built just to the north at Adobe Lumber.

"Ideally, we would activate our spur and bring the grain directly here," said Leon Sharyon, chief financial officer at the Petaluma brewery. "It's silly that our shipments come all that way but not all the way here."

The Lagunitas Brewing line is one of a handful of rail spurs that have been shut off as SMART builds the tracks for commuter service. Businesses along the line are upset at losing direct access to freight service, which can increase property values and save shipping costs.

Last year, SMART closed a spur in Rohnert Park used by California Shingle and Shake, according to John Schunzel, the company's general manager. The company had shipped laminated shingles and plywood from Oregon and Washington over the rails and now has to pay higher costs to truck in the materials, he said.

"I think they have an obligation to put the spur back," Schunzel said. "We would use it immediately if it were in."

Rest of it here: [www.pressdemocrat.com] 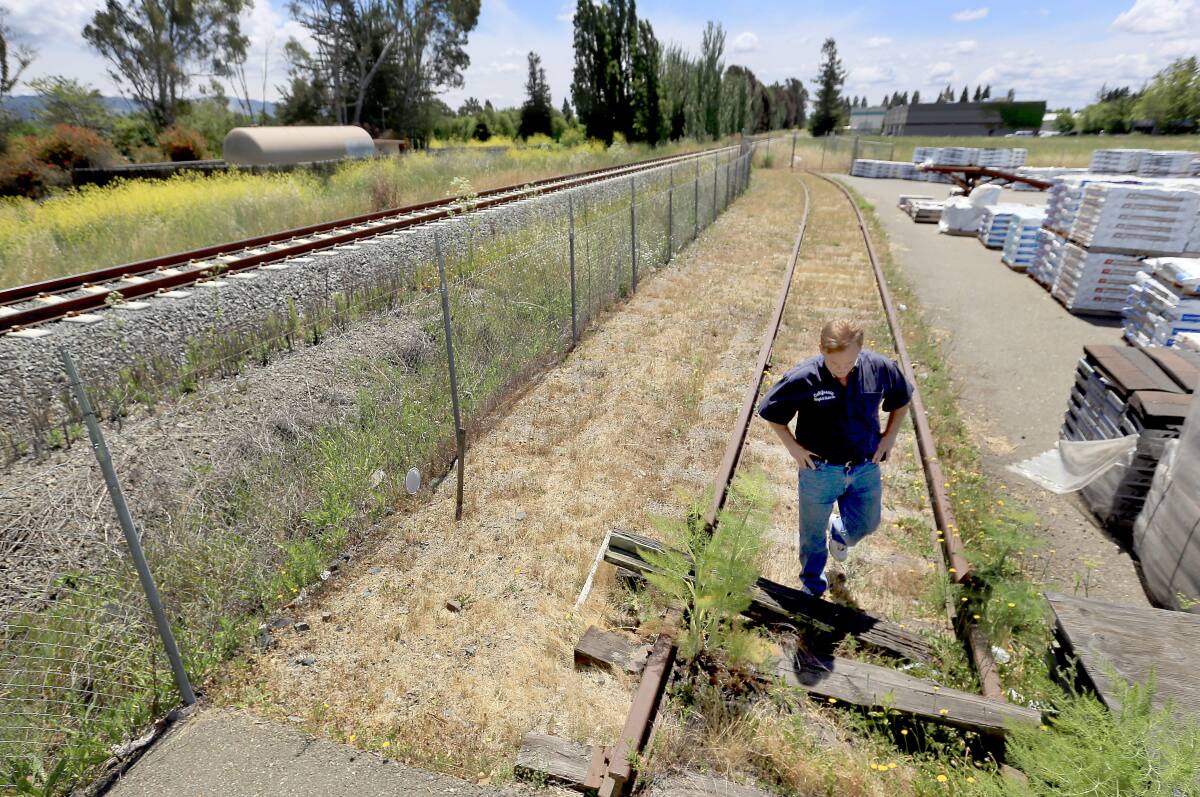