Go to: Message List•New Topic•Search
Steering wheel helps drive locomotive to city hall?
Author: woosh
Date: 02-22-2021 - 19:31
"The mayoress of Boucherville Quebec, Mme Francine Legault suggested borrowing diesel locomotives from Canadian National for use as emergency generators. She recalled that locomotives had been used as a source of power some years ago in Fermont, at the north end of Cartier Railway in Quebec. CN initially delivered M420W 3502, to the town on the south shore of the St. Lawrence River. The locomotive was lifted off of the tracks by a crane, and placed on de Montarville Street, and allowed to proceed 1000 feet down the street under its own power. The locomotive initially rolled on the edge of the wheel flanges on top of the pavement; the weight of the locomotive eventually cut flange-deep grooves into the asphalt of the street. This locomotive was used to generate electricity for the various local municipal buildings." 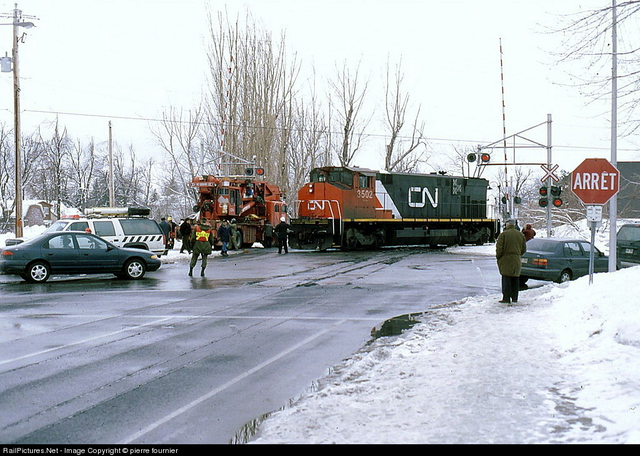 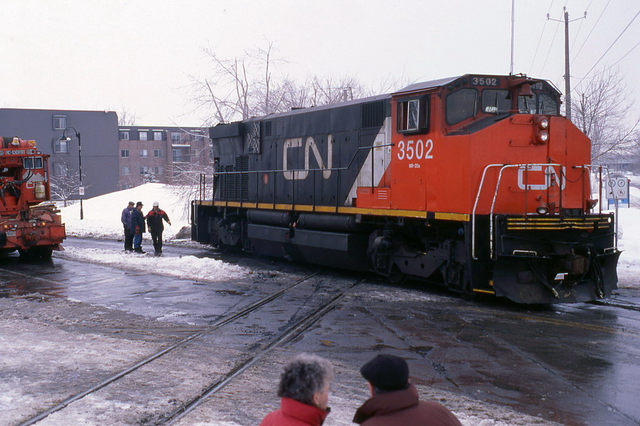 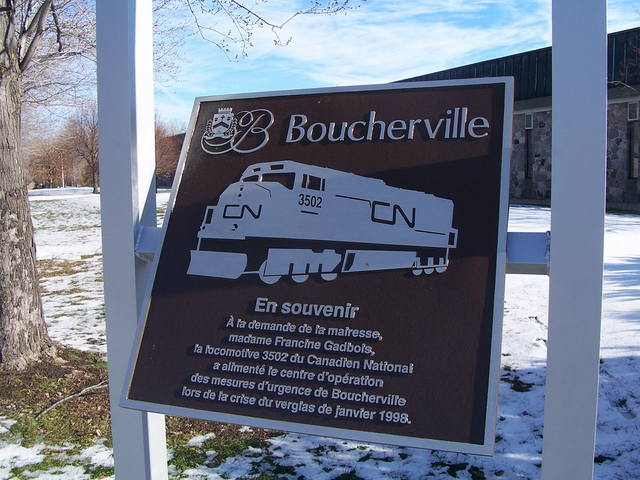