Go to: Message List•New Topic•Search
Guardian: "Europes unluckiest train station gets new lease of life as hotel"
Author: WebDigger
Date: 07-18-2021 - 22:56
"Once-grand Canfranc was known as the Titanic of the mountains, but fell into disrepair thanks to fire, derailment and war 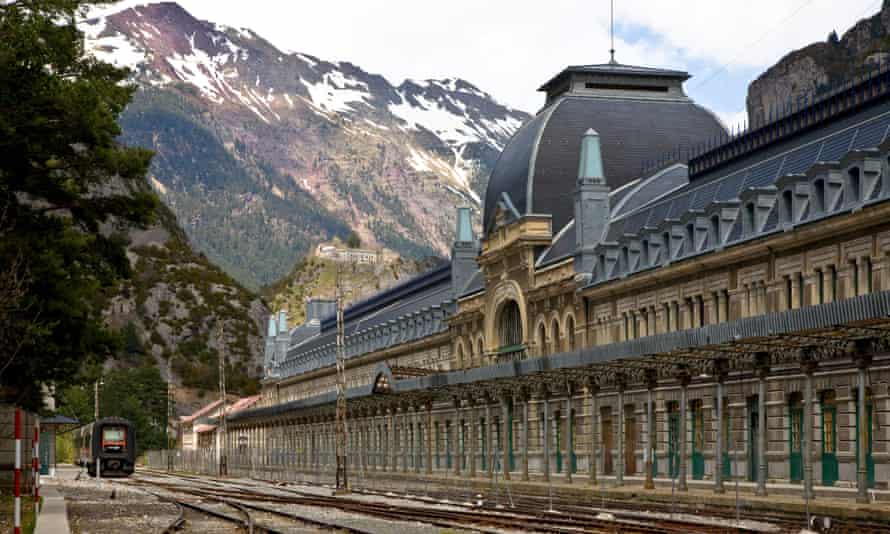 It earned the nickname Titanic of the mountains, but now the monumental and ill-fated train station at Canfranc is to get a new life as a five-star hotel, 51 years after the international rail link across the Pyrenees closed.

Today, the station operates only a modest Spanish domestic service.

The 104-room hotel is being designed by architects Joaquín Magrazó and Fernando Used in conjunction with the regional government of Aragón and the Barceló hotel chain. The budgeted cost is 27m, of which the Aragón government will contribute 12m to repair the tracks and develop the surrounding area.

The facade will be preserved but a new station is being built behind the existing one and will be entered via the hotel vestibule. The complex will include a 200-seat conference centre, a railway museum, shops, and a pilgrim refuge, as Canfranc is on one of the routes to Santiago de Compostela."

Read the full article at [www.theguardian.com]