On March 12, 1997, a Wednesday, I caught Train 321 (12) to Tepehuanes. NdeM keeps a small fleet of rare G-12 locomotives in Durango, and this day's train was powered by freshly painted No. 5809 pulling six boxcars, a Segunda coach and caboose. The town of Nuevo Ideal had another completely intact water tank and several stations still had agent / telegraphers. The scenery was a little bland until we reached Kilometer 136, where the track suddenly drops off a mountainside through a series of reverse curves and then runs along a very scenic unnamed river canyon, miles from the nearest highway. I made friends with the conductor, and he suggested we climb onto the roof of the caboose for some better photographic angles. My first exposure to "train surfing!" I'm hooked! It was cool having to dodge low-hanging tree limbs outstretched above the train. Climbing up and down the ladder, I knew that one slip would mean I was dead meat. I guess this is what it was like in the U.S. before lawsuits and liability lawyers started redefining our quality-of-life. After arrival in Tepehuanes, I bused back to Durango to save some time. The train is on a up-one-day-back-the-next schedule.

And, of course, the line has since been abandoned, ripped up, and most likely most local residents under the age of twenty probably have no idea a railroad was ever there in the first place.

Here's a GOOGLE streetview pic that shows the water tank at Nuevo Ideal and the now-barren right-of-way. The white building situated down the right-of-way in the extreme distance is the former train station. 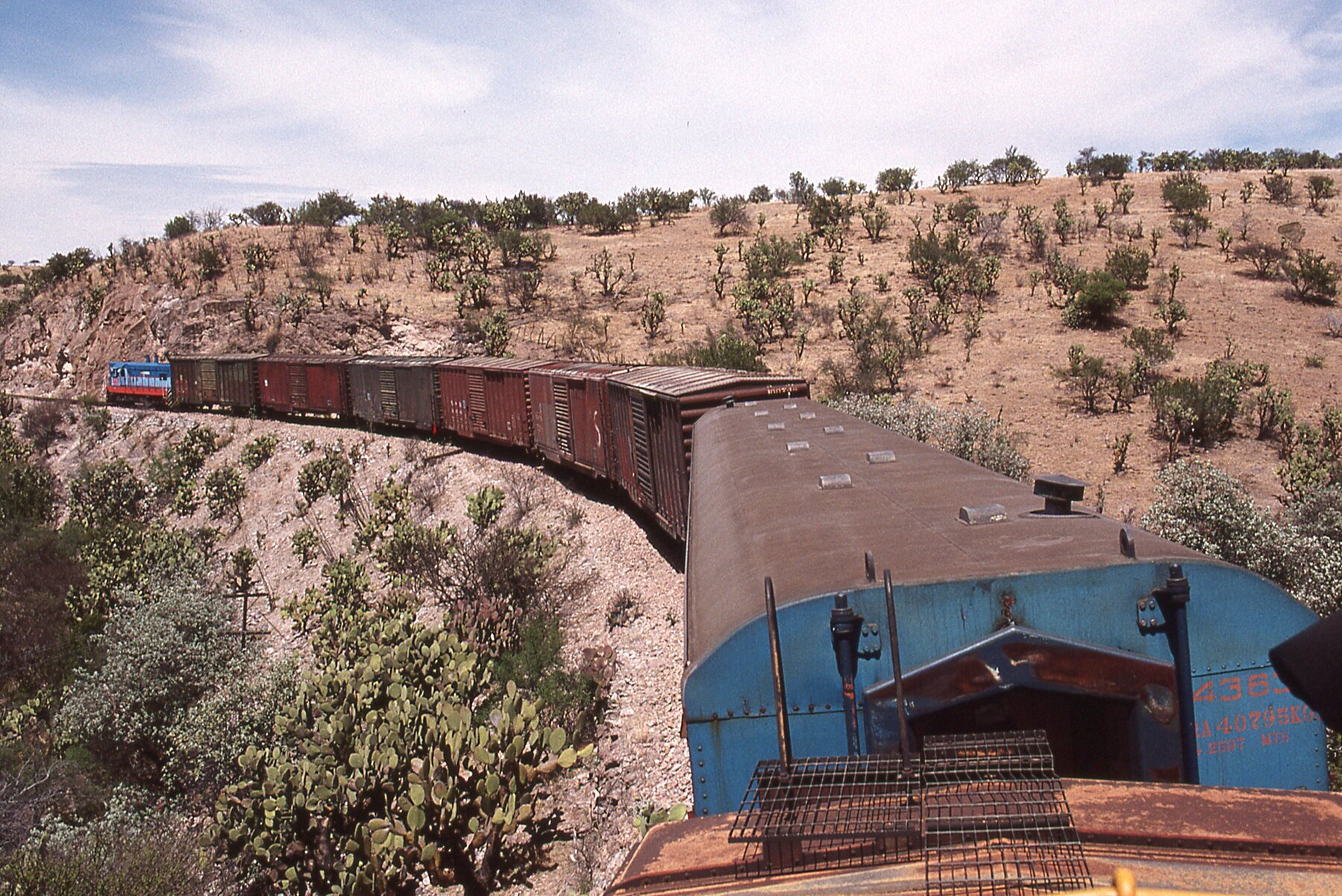