Go to: Message List•New Topic•Search
Submitted For Your Approval - Fifty-third Installment
Author: D. B. Arthur
Date: 05-14-2022 - 07:57
Here's a photo of NdeM Train # 19 at the end of the Sombrerete Branch and, after a scheduled five minute station stop, will reverse direction and return down the 9 kilometer branch to the mainline as Train # 20. The large Sombrerete station had two arrivals and two departures per day and was contained in the middle of a wye.

Here's a GOOGLE aerial photo of the train station where you can "zoom back" and see where it was in relation to the rest of the town. Note that the big, new bus station has been built next to it.

What follows is an excerpt from an article I wrote that was published in the October 25 and November 15, 1997, editions (Issues 576 and 577) of the now-defunct Rail Travel News. It briefly describes my ride on the one-car train that linked Durango with Felipe Pescador. The locomotive looked like it had just been released from the shop.

I was truly shocked the morning of February 13, 1997 when I boarded Train 18-19-20-24 to Felipe Pescador. The Segunda coach actually had a working generator, giving us some light in the pre-dawn departure hour of 0600! The toilet had a seat! The auditor and vendor were wearing uniforms! This line has some interesting scenery as it works its way southeast into the state of Zacatecas.

To serve the town of Sombrerete, the train deviates off the main line and runs up a 9-kilometer branch to the outskirts of the town. This was a true passenger train as opposed to a mixed. No freight cars and no delays en route picking up or setting out cars. As a result, timekeeping was much better, and we brought a sizable number of people into the towns of Rio Grande and Felipe Pescador, the junction with the north-south main line. Just after pulling into the station, I made a quick connection to express Train 7 for Torreon and points north. NdeM 8773 (SD40-2) was pulling three Primera Especial coaches, ready to depart since its passengers had been fed by the many vendors lining the station platform. There was another large group of Mexican soldiers on this train but, other than giving me some intense stares, they left me alone. After a fast trip up the mainline to Torreon, I bused back to Durango, getting there at about 2300, a long day indeed.

In the thirty-seventh installment I posted at 0026 on April 19, 2022, you can find a picture of this train in front of the Frio station, which was on the mainline near the junction of the Sombrerete Branch and located in a town shown on maps as Ignacio Zaragoza. 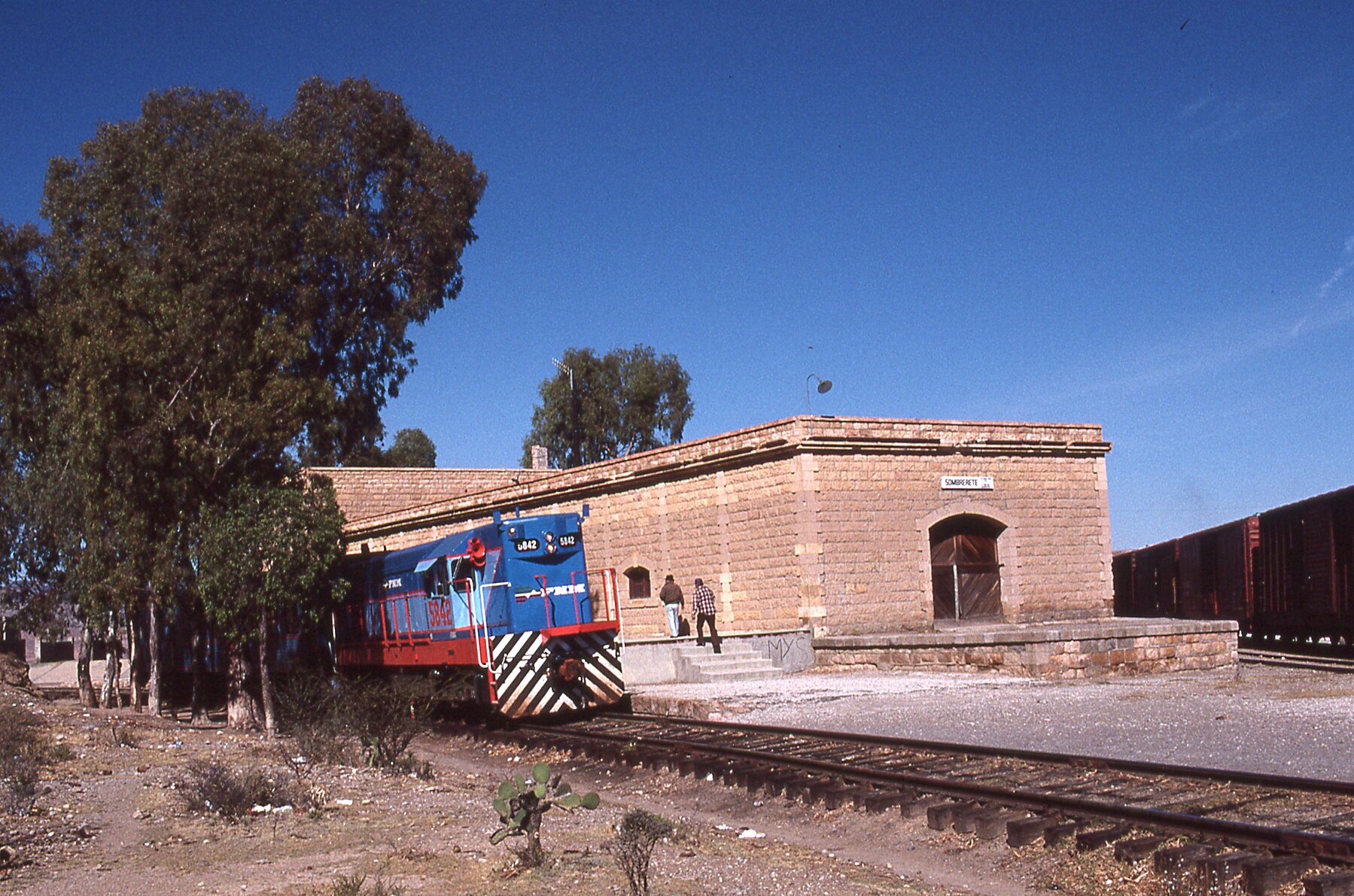