Go to: Message List•New Topic•Search
Submitted For Your Approval - Fifty-seventh Installment
Author: D. B. Arthur
Date: 05-20-2022 - 13:43
From what I've been reading, the people who are currently attending the NRHS annual convention in Buena Park paid a visit to the Nethercutt Museum in Sylmar a few days ago and saw the Canadian Pacific Royal Hudson # 2839.

Here's a photo of the locomotive in action on a photo run-by on a Southern Railway excursion that ran from Cincinnati, OH to Danville, KY on May 19, 1979 --- FORTY-THREE YEARS AGO. I was living in Las Vegas, NV at the time and was working for the now-defunct Trans World Airlines. With my pass benefits I flew to Cincinnati for the sole purpose of riding this excursion and meeting up with friends from when I lived in Louisville. I flew on 707s and 727s, which are types of aircraft that are now pretty much ancient history.

This was my one and only time seeing the CP 2839 in action. I had previously ridden an excursion from Louisville to Danville behind the Texas & Pacific # 610, and this trip allowed me to ride a little more of the Southern Railway in Kentucky. One of the highlights was riding over the High Bridge crossing the Kentucky River. It was about this time that Hollywood was filming the movie "Coal Miner's Daughter" starring Sissy Spacek and the script called for a train scene in the eastern part of the state during the steam era. The movie makers used the Canadian Pacific locomotive, recognizing that most of the movie-going public wouldn't notice the technical error. 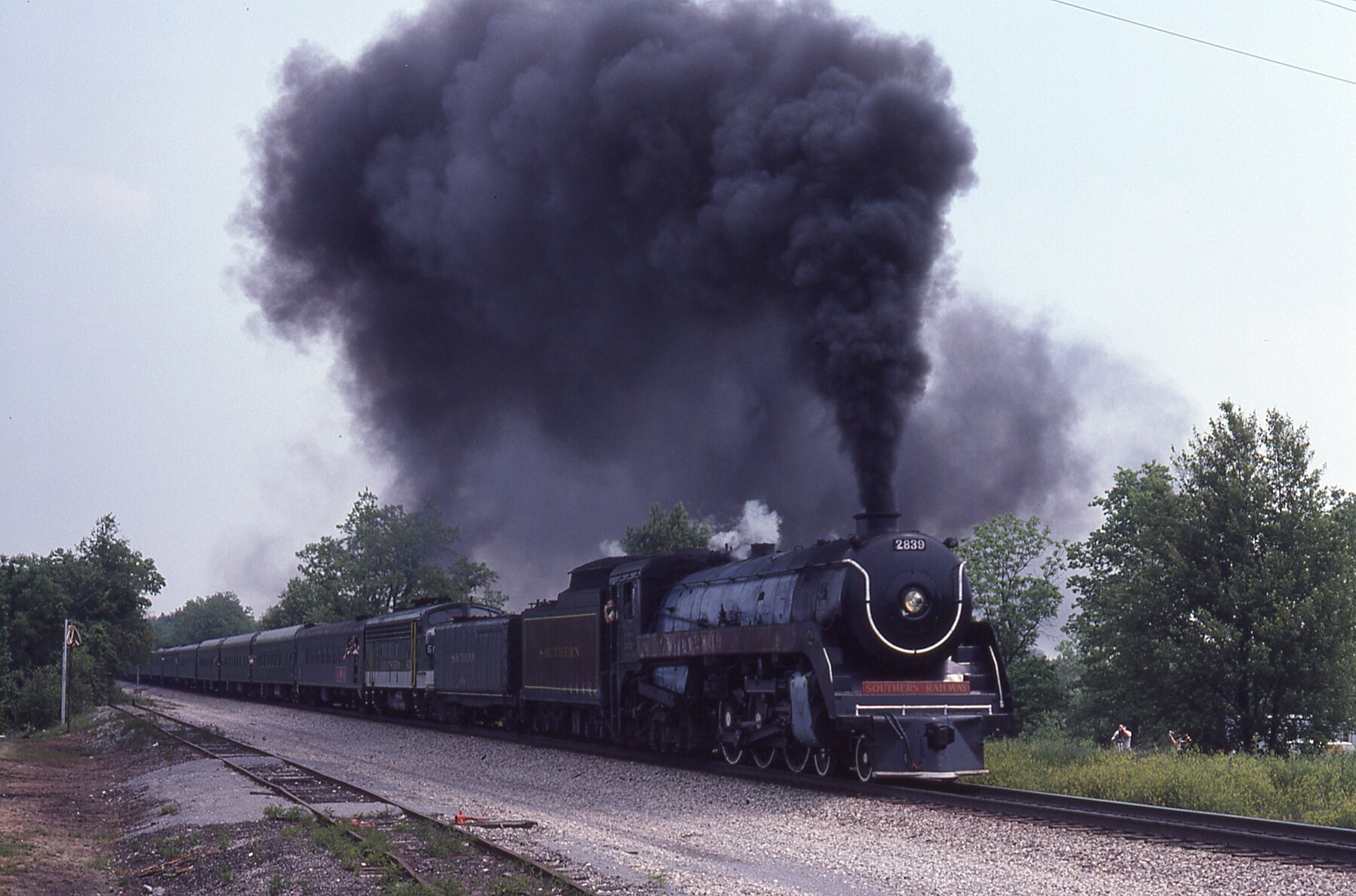