Go to: Message List•New Topic•Search
Submitted For Your Approval - Fifty-eighth Installment
Author: D. B. Arthur
Date: 05-21-2022 - 07:51
Here's a photo taken FORTY SIX YEARS AGO of the American Freedom Train when it was on exhibition at Anaheim Stadium. At the time, there was an industrial spur that broke off of what was then A.T. & S. F.'s Fourth District main line near where the now-disused Anaheim Amtrak station is. This spur ran across the parking lot of Anaheim Stadium and made a 90-degree curve to the west, serving an industry that was just west of State College Boulevard. I don't know if this spur ever had a formal or informal name. I'm sure it had a "CLIC" number. "CLIC" was an acronym that stood for Car Location Inventory Control. Is this system still used by BNSF? Employees also said that "CLIC" stood for Car Lost in California. This spur came in handy in accommodating the Freedom Train. So many of the tracks and industrial spurs where it was placed on exhibition in various cities are now gone. It would probably be difficult to operate such a venture today. Note how much open space there was around Anaheim Stadium in 1976. 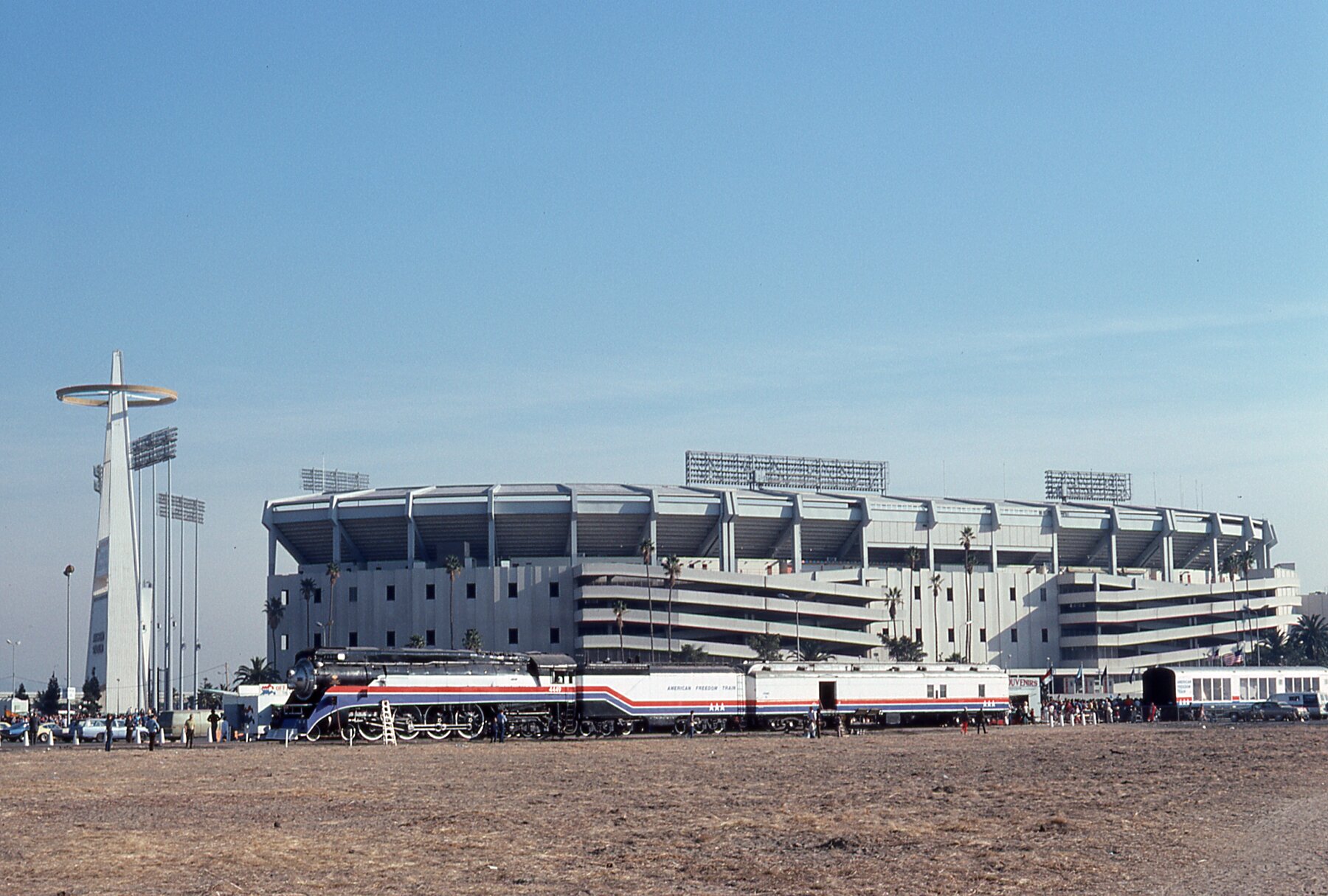