On June 29, 1992, I was on the third day of a nine-day High Iron Travel "Explorers" special train comprised of seven privately-owned passenger cars. Our trip started in Minneapolis and ended in Spokane. We ran via the route of the old "Soo Dominion" passenger train as far as Moose Jaw, SK where we deviated off the mainline and ran through Assiniboia and Meyronne, re-joining the mainline at Swift Current. From there we went to Medicine Hat, AB, backtracked to Dunmore and proceeded west to places like Corbin, Fording, Golden, Kimberley, Slocan City, Robson West and Warfield. Then we backtracked to Yahk and went down to Kinsgate, BC/Eastport, ID and took the Spokane International route of the UP to Spokane.

Here's a photo of our train crossing the Lethbridge Viaduct just west of the city of Lethbridge, Alberta. Here's also a Google aerial photo showing where the bridge is in relation to everywhere else. One of the nice things about a chartered train is that you can set up photo-run bys of it whereever you want, and this was certainly a place that wasn't to be missed.

A special thanks to Clark Johnson and Nona Hill for working their magic in making all of those High Iron Travel trips a reality. It seems like nothing remotely close to them has come along before or since. The private car that Clark and Nona owned at the time, the Caritas, has been to Hay River and Pine Point on a special Explorers trip to the Northwest Territories (I believe it was the last train into Pine Point and then the line was abandoned), and it has also been on another Explorers trip that went into a little bit of Guatemala where the NdeM had some standard gauge track that served some industries in the border town. The rest of the Guatemalan rail system was narrow gauge. Thus, it has been to the northern and southern extremities of the North American standard-gauge rail network.

Those Explorers trips were expensive (chartering trains always is), but they were worth every penny. The odds that any of them could ever be repeated is zero, especially in today's environment and especially since a lot of the track has since been abandoned. 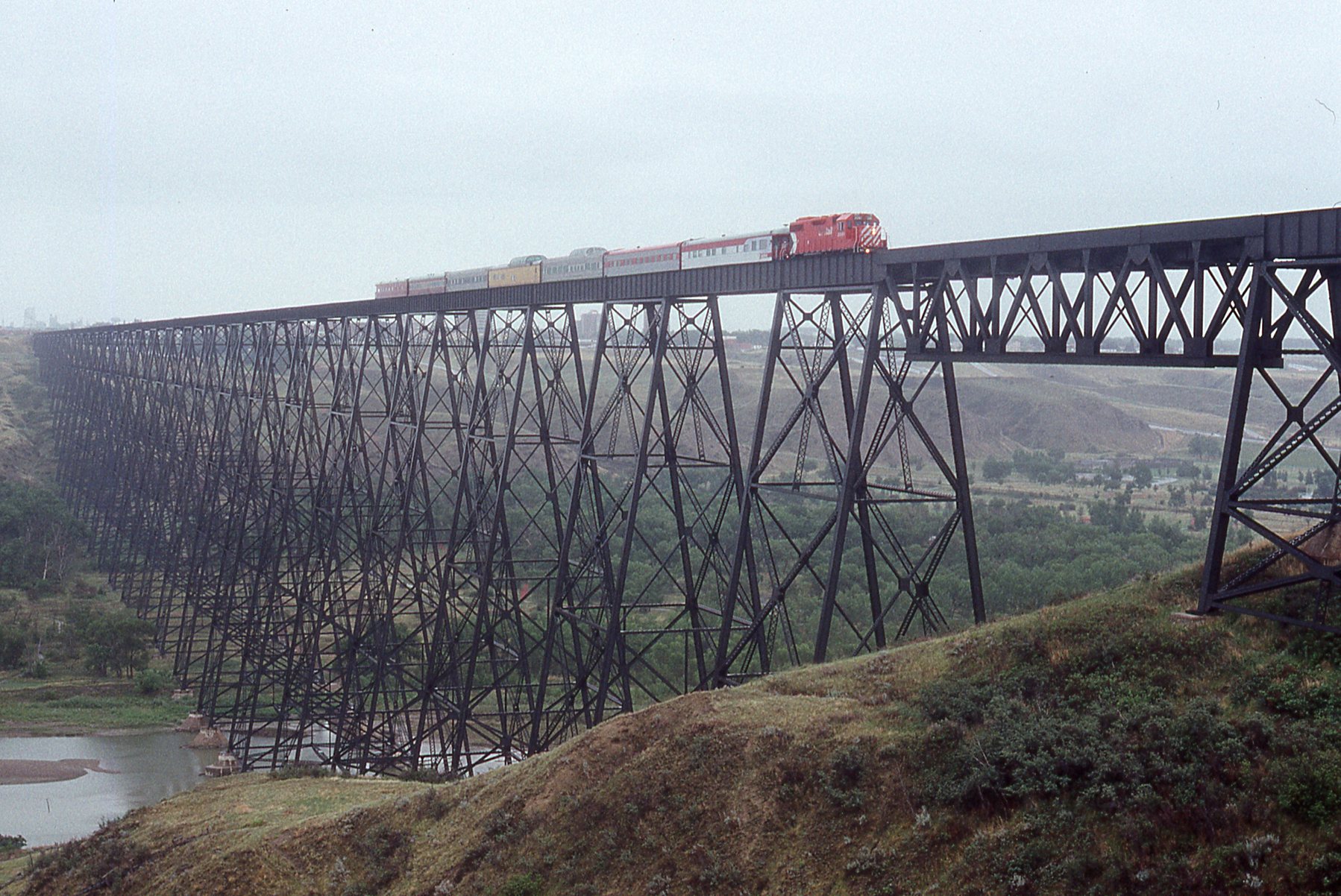