Go to: Message List•New Topic•Search
Submitted For Your Approval - Sixty-Fifth Installment
Author: D. B. Arthur
Date: 06-01-2022 - 08:30
Here's a photo I took THIRTY YEARS AGO, on July 02, 1992, of High Iron Travel's Explorers VI chartered train with Kootenay Landing in the background, crossing the 2,361 foot long Kootenay River bridge that includes 1,822 feet of pile trestle. The train was enroute from Cranbrook to Nelson on Canadian Pacific's Nelson Subdivision. The extremely scenic Kootenay Landing-Proctor segment along the rugged southwestern shore of Kootenay Lake was not completed until 1930 and, prior to that, trains had to be barged across the lake between those points. Motorists using parallel Highway 3A continue to have to use a ferry across part of the lake.

This rail line probably has a stable future as long as the lead-zinc smelting operation at Trail, BC remains active. If that operation ceases, it would have a big adverse impact on the local economy, including the railroad. Until 1972 the Crowsnest Pass-Kettle Valley route linked Alberta with Vancouver. Now, a huge portion of it has been abandoned and it's basically a long branchline to Trail, the location of the smelter.

Three years after this trip, AAPRCO held one of their annual conventions in Nelson, and ran two separate trains to the city. Here's a photo of one of them on the return leg, also at Kootenay Landing, with Clark Johnson and Nona Hill on the back platform of their car, the Caritas. This is from a promotional postcard and the photo was taken by the late Bill Farmer. 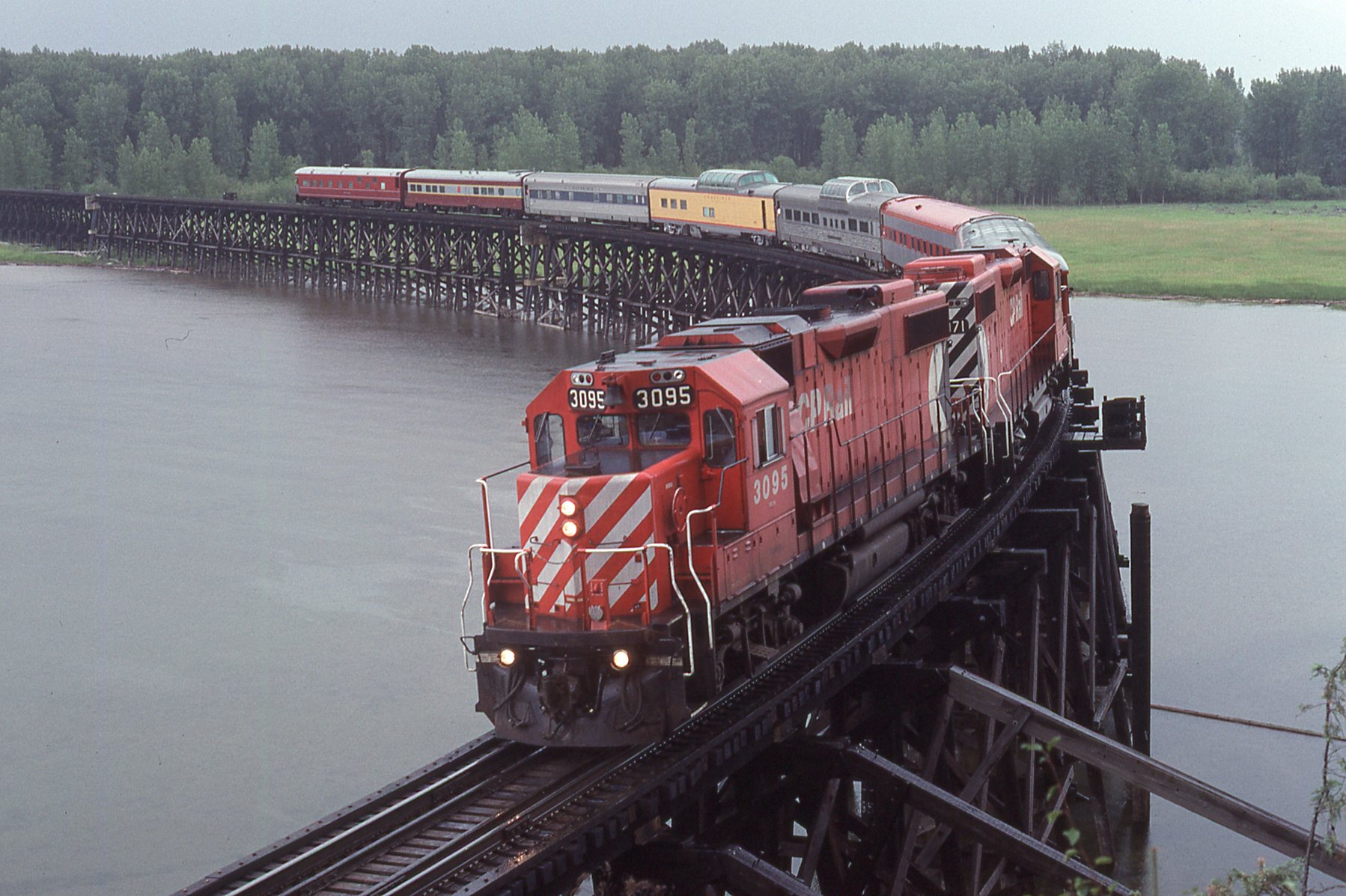