As a continuation of the Fifty-fourth installment I posted on May 16, 2022 at 23:47, here's another photo taken FORTY-SIX YEARS AGO, on September 24, 1976, of that UP Junior Old Timer's Special on the return leg of an event where the train was spotted near the Queen Mary in Long Beach. Here the train is making its way northbound on what was then referred to as UP's San Pedro Branch and is approaching the crossing of the then-A.T.& S.F. Railway Third District at Hobart Tower. The interlocking is now controlled from the BNSF dispatcher's office in San Bernardino and, like many interlocking towers, Hobart Tower has been torn down.

The next photo I post will show the now-retired open platform business car on the rear of this train passing Hobart Tower.

Some friends of mine and I chased this train as far as Devore, where it was pouring rain. The weather was starting to cloud up when I took this photo.

Here's the approximate same camera angle and what the area looks like today: 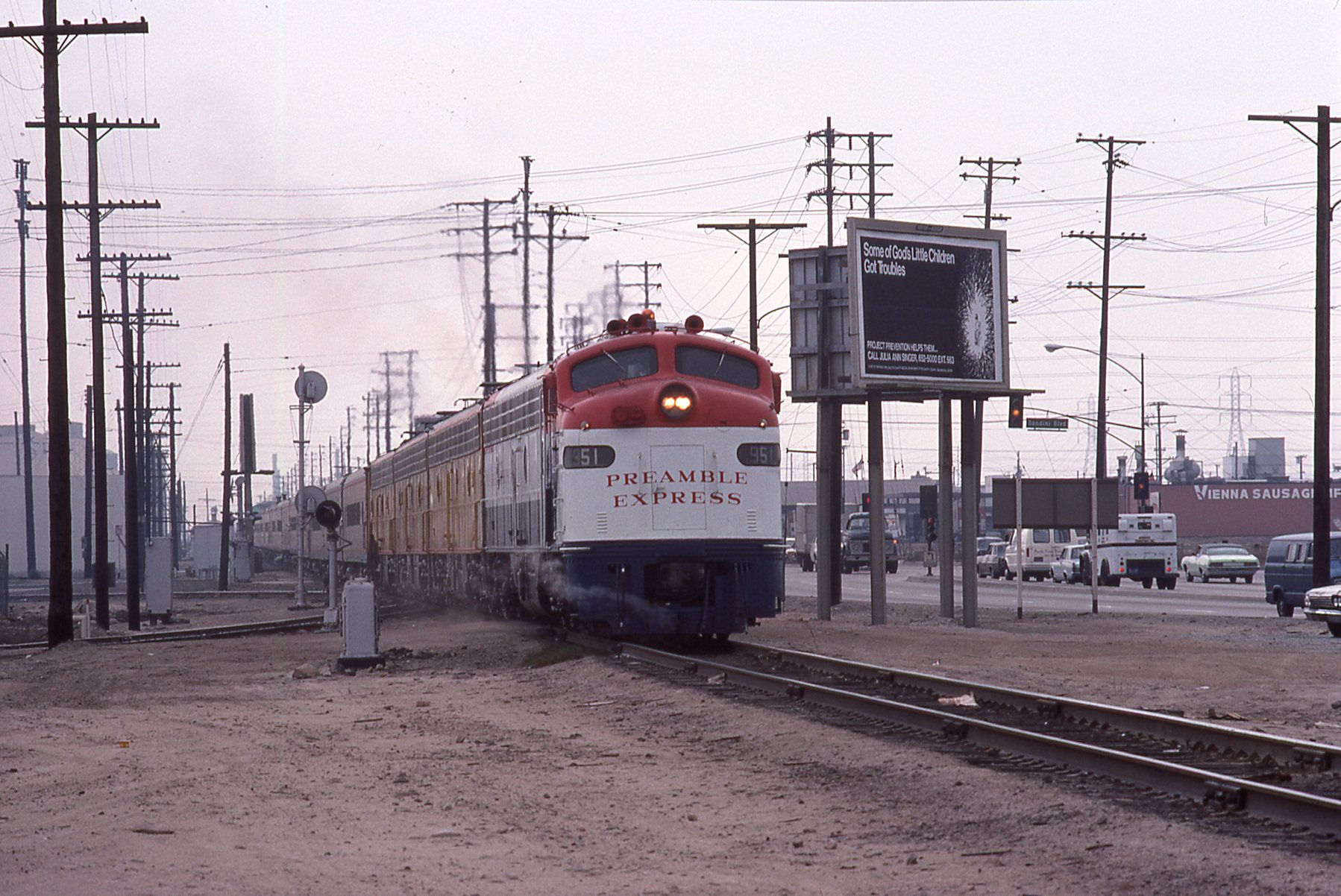