Go to: Message List•New Topic•Search
Submitted For Your Approval - Sixty-Eighth Installment
Author: D. B. Arthur
Date: 06-05-2022 - 10:02
As a continuation of the post I made yesterday, here's another photo taken FORTY-SIX YEARS AGO, on September 24, 1976, of that UP Junior Old Timer's Special on the return leg of an event where the train was spotted near the Queen Mary in Long Beach. Here the train is making its way northbound and coming off of what was then referred to as UP's San Pedro Branch, crossing the then-A.T.& S.F. Railway Third District at Hobart Tower. The interlocking is now controlled from the BNSF dispatcher's office in San Bernardino and, like many interlocking towers, Hobart Tower has been torn down.

I believe the business car on the rear of the train was the Shoshone.

This camera angle is about 180 degrees opposite from the photo I posted yesterday. 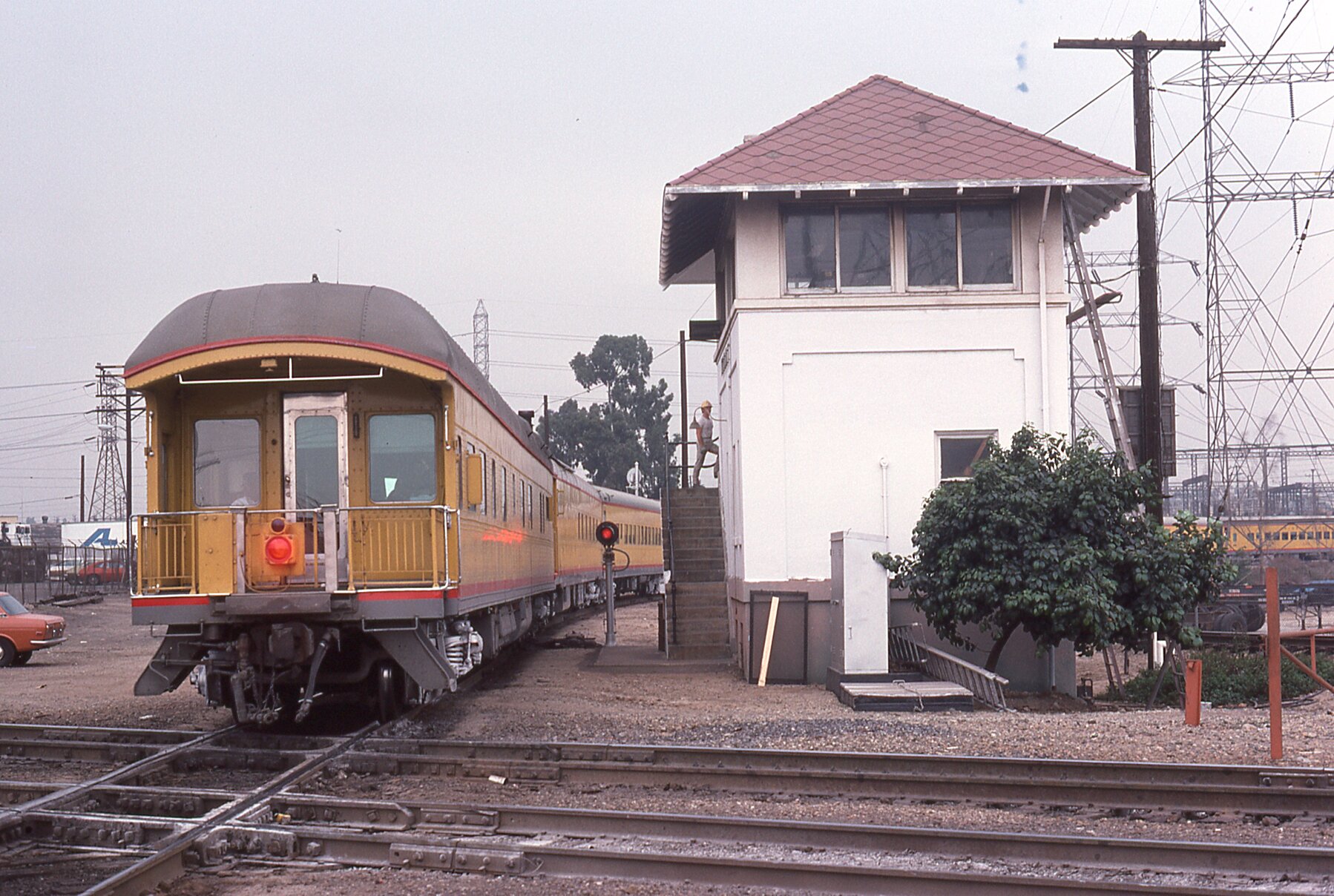