Go to: Message List•New Topic•Search
Submitted For Your Approval - One-hundred-forty-eighth Installment
Author: D. B. Arthur
Date: 09-19-2022 - 14:28
Here's a photo I took on August 22, 1976, FORTY-SIX YEARS AGO, when I made a one-week trip to British Columbia and Alberta. Continuing with my ride on Canadian Pacific's "The Canadian", I boarded at Lake Louise and headed for Calgary. Now out of the mountains, we see the train on the Laggan Subdivision crossing the Bow River between Radnor (MP 33.4) and Cochrane (MP 24.5) near McLennan Creek.

Thirty-four years after I took this photo, I again rode over this line on October 01, 2010 on a CP steam excursion featuring 4-6-4 # 2816 that ran from Calgary to Banff and back. I mentally remembered the composition of the photo I took in 1976 and did my best to re-create it in 2010. It looks like the town of Cochrane, itself now pretty much just a suburb of Calgary, is urbanizing itself out to where the bridge is. 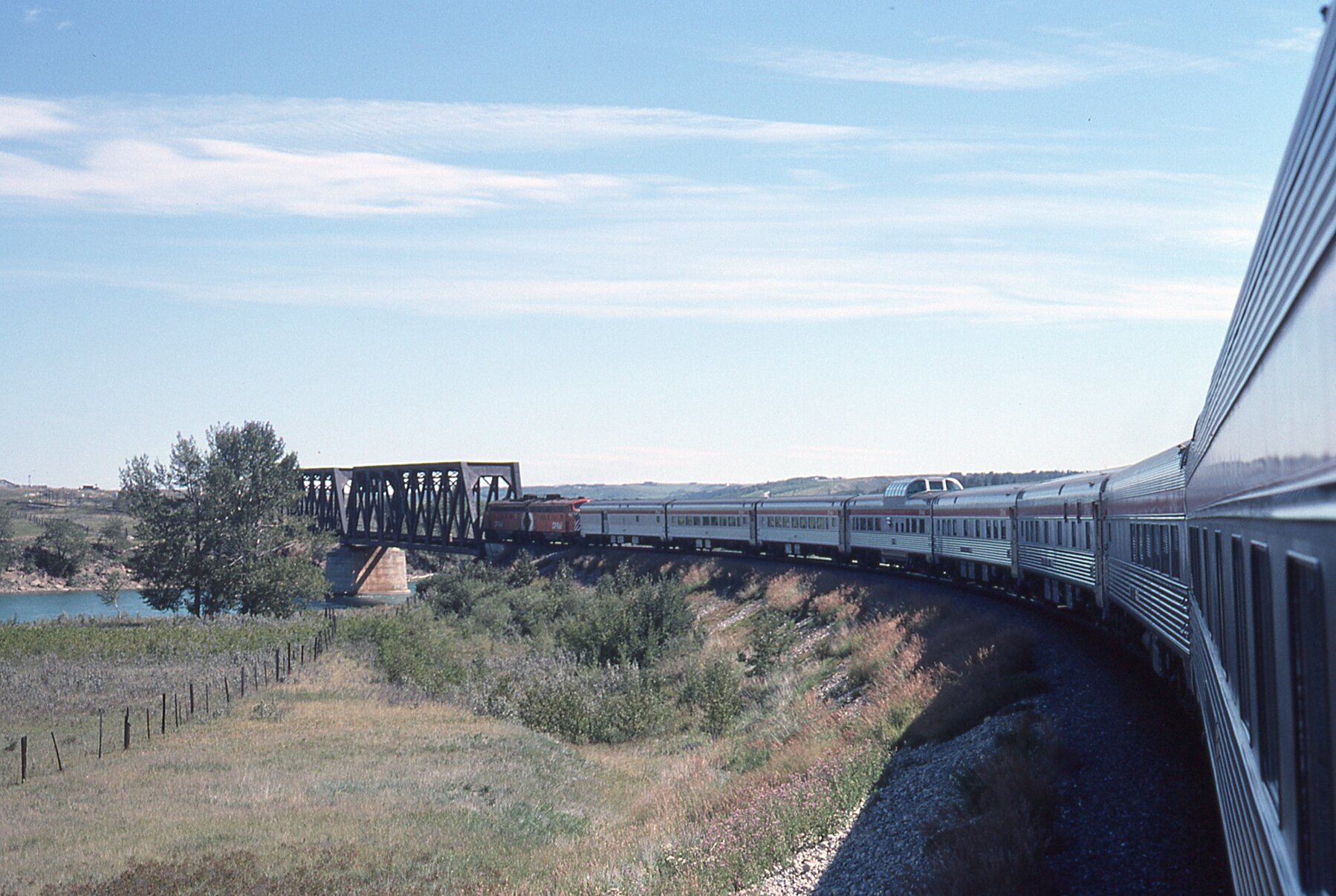