Go to: Message List•New Topic•Search
Submitted For Your Approval - One-hundred-fifty-first Installment
Author: D. B. Arthur
Date: 09-22-2022 - 20:14
Here's a photo I took on August 23, 1976, FORTY-SIX YEARS AGO, when I made a one-week trip to British Columbia and Alberta. After arriving in Edmonton and checking into a hotel, I looked on a map and saw that the Dunvegan yard and shops of the Northern Alberta Railways could be accessed via a city transit bus, so I decided to so some exploring. A friendly supervisor at the yard was apparently impressed that someone from California would make the effort to visit the place and he gave me a tour. Here we see one of the road's newest units in the engine house, GMD SD38-2 # 402, which was part of the final locomotive purchase by NAR before it lost its identity. The Dunvegan yard and shop complex has been downsized considerably since Canadian National absorbed that railroad--another "fallen flag" relegated to the history books. In 1976 NAR was still running a mixed train from Edmonton to Waterways, and it would have been nice have engineered enough time in my itinerary to have ridden it. Time and money constraints, however, raise their ugly heads all too frequently. Like most mixed trains in Canada, the "Muskeg Mixed" is now just a memory. 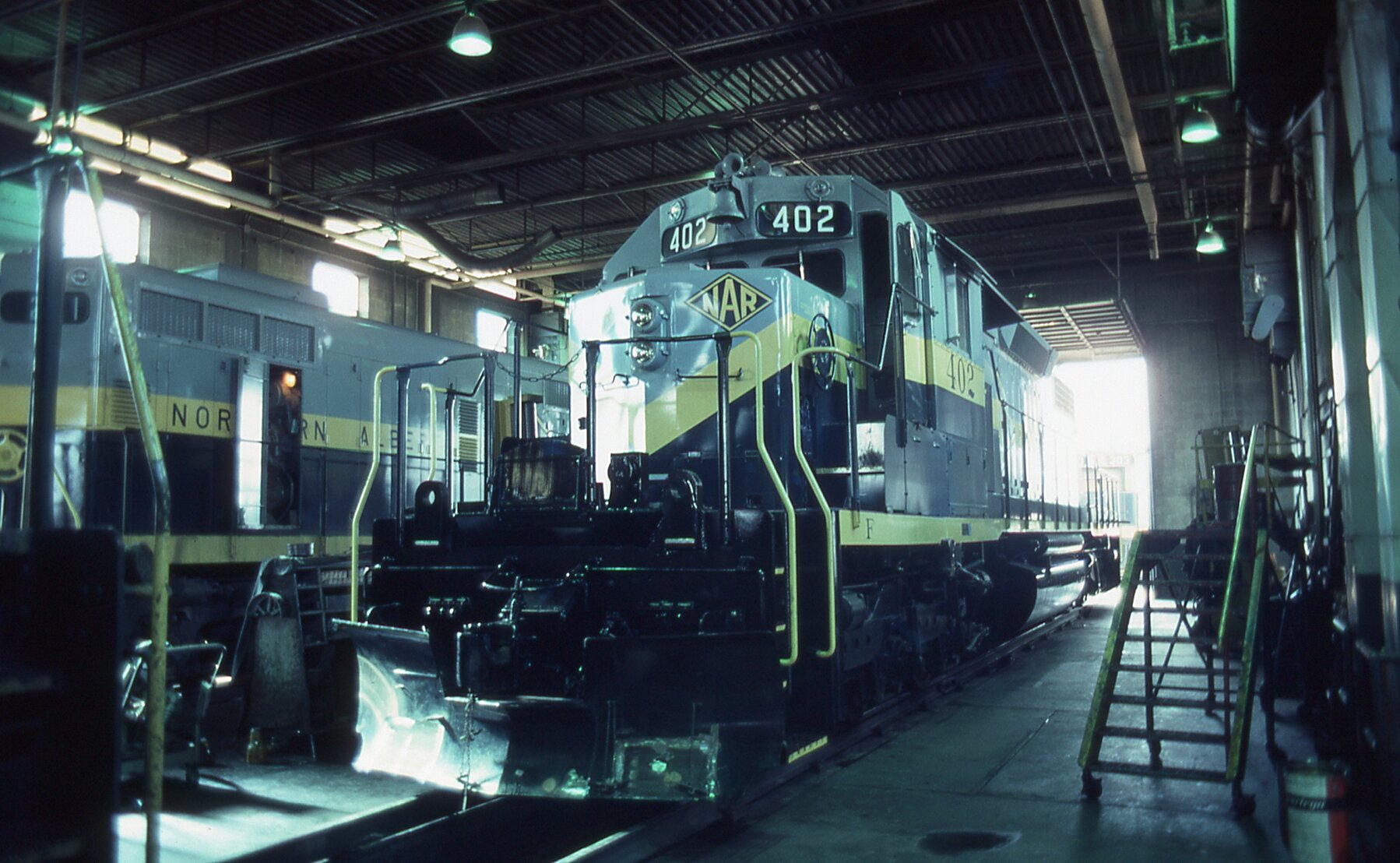