Go to: Message List•New Topic•Search
Submitted For Your Approval - Seventy-ninth Installment
Author: D. B. Arthur
Date: 06-22-2022 - 17:37
Here's a photo taken on June 30, 1989, THIRTY-THREE YEARS AGO, of High Iron Travel's Explorers III chartered train at its origination point of Spokane, WA. On the Polson and Bitter Root Branches we were pulled by MRL 401, a four-axle unit, and I have a vestibule shot of us going down Evaro Hill with two units, so this six-axle unit was involved when we were on the main line. I've forgotten some of the details of which locomotives were used on which line segments and I'll have to consult with a friend / co-traveler who took detailed notes and he can refresh my memory. 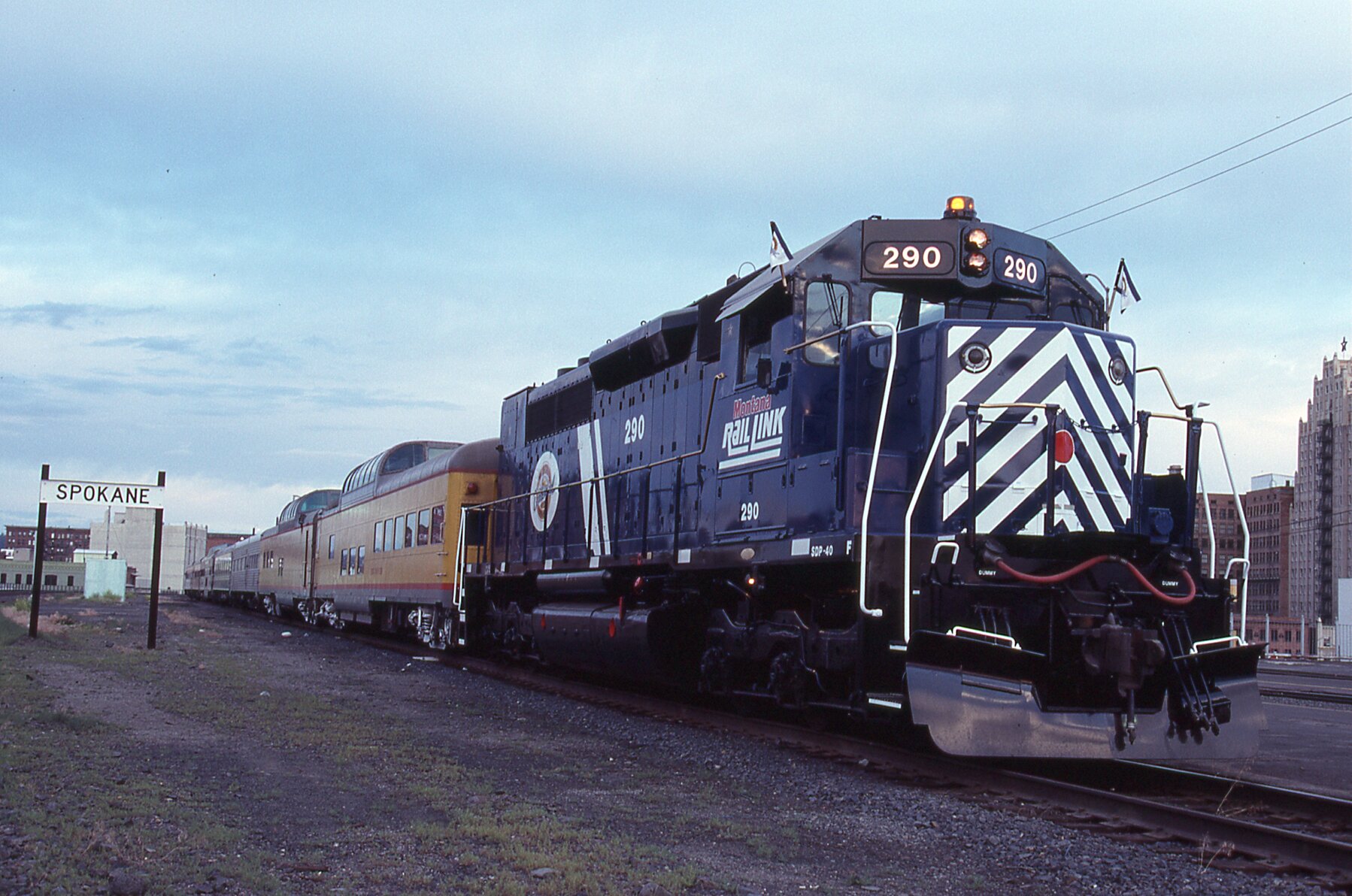