Go to: Message List•New Topic•Search
Submitted For Your Approval - One-hundred Tenth Installment
Author: D. B. Arthur
Date: 08-03-2022 - 19:05
Here's a photo I took on August 23, 1996, TWENTY-SIX YEARS AGO, while making my way across the UP Hoisington Subdivision, a former Missouri Pacific property that is now largely abandoned. After riding a SP-DRGW coal train from Pueblo, CO to Horace, KS and grabbing some food and rest, I hopped on another train to continue east.

I was fortunate enough to encounter another cooperative crew (this was before the days of inward-facing cameras) and the train consisted of Cotton Belt GP60 9693, WC F45 6651, WC SD45 6520 and a solid train of auto racks. I can't seem to locate any more details of the train, such as its symbol and tonnage, in my notes and storage boxes, but that's not saying the information isn't there somewhere. I can't even remember if the tri-levels were loads or empties. I would imagine they were loads, probably of imports from the West Coast ports. Since this train was running on a hot schedule, I stayed with it all the way to the outskirts of Kansas City. I covered the portion of the line from about Lindsborg to Topeka under the cover of darkness. It would have been nice to have seen it in daylight, but you can't have everything.

Here's our train getting ready to leave the siding of Modoc (MP 692.1), which I thought was an interesting name, similar to the Modoc Line of the SP. 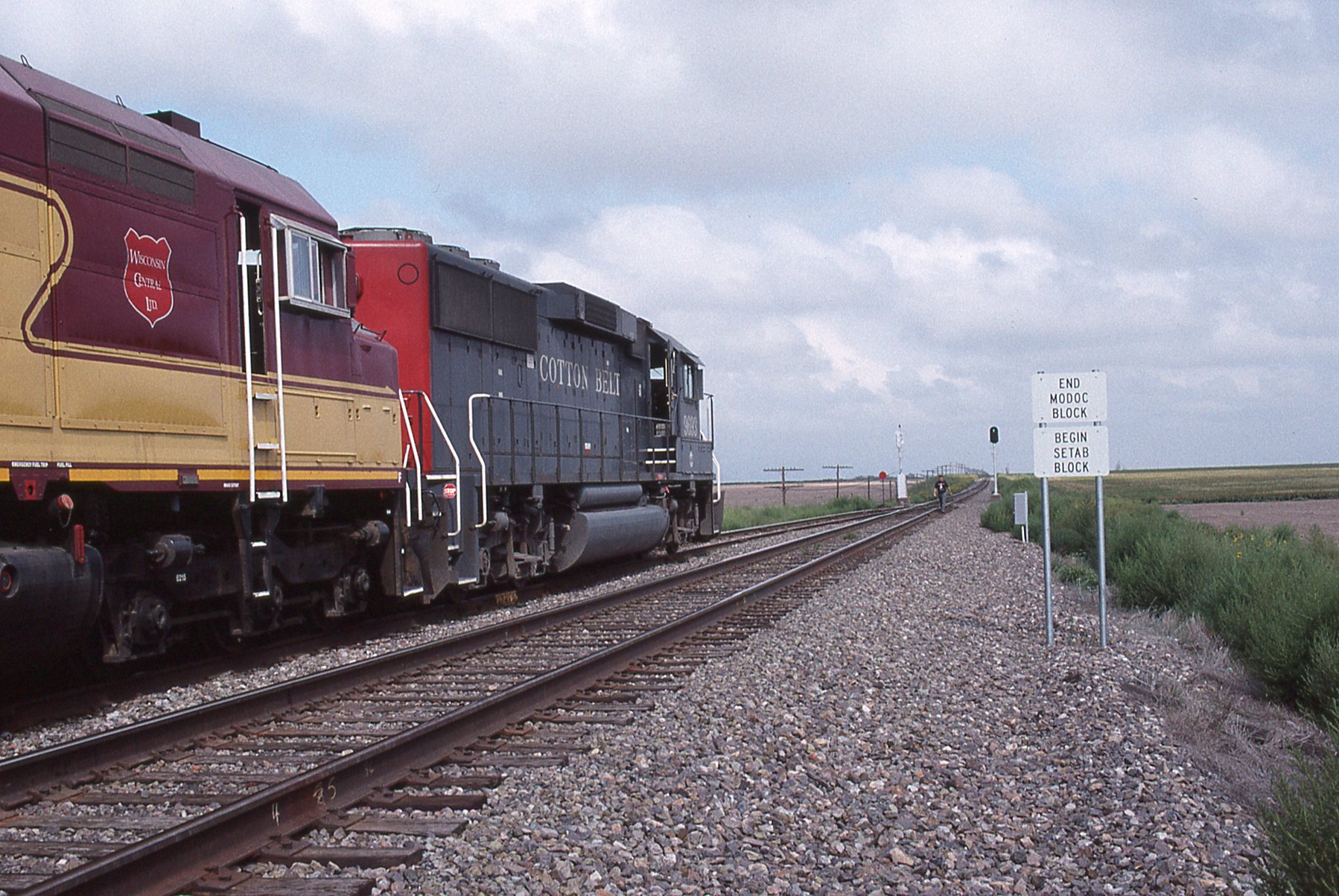