Go to: Message List•New Topic•Search
Submitted For Your Approval - One-hundred Eleventh Installment
Author: D. B. Arthur
Date: 08-04-2022 - 18:46
This is kind of an unusual photo I took on August 23, 1996, TWENTY-SIX YEARS AGO, while making my way across the UP Hoisington Subdivision, a former Missouri Pacific property that is now largely abandoned.

I spent some time riding in the trailing units as the lead cab can get a little cramped at times with people and grips and such. This is the view from WC SD45 6520, looking at the hind end of WC F45 6651. While I was doing some Internet research to learn more about these units, I read where the 6651 had an experimental, one-of-a-kind paint scheme with some New York Central-style "lightning" swaths painted along the carbody. 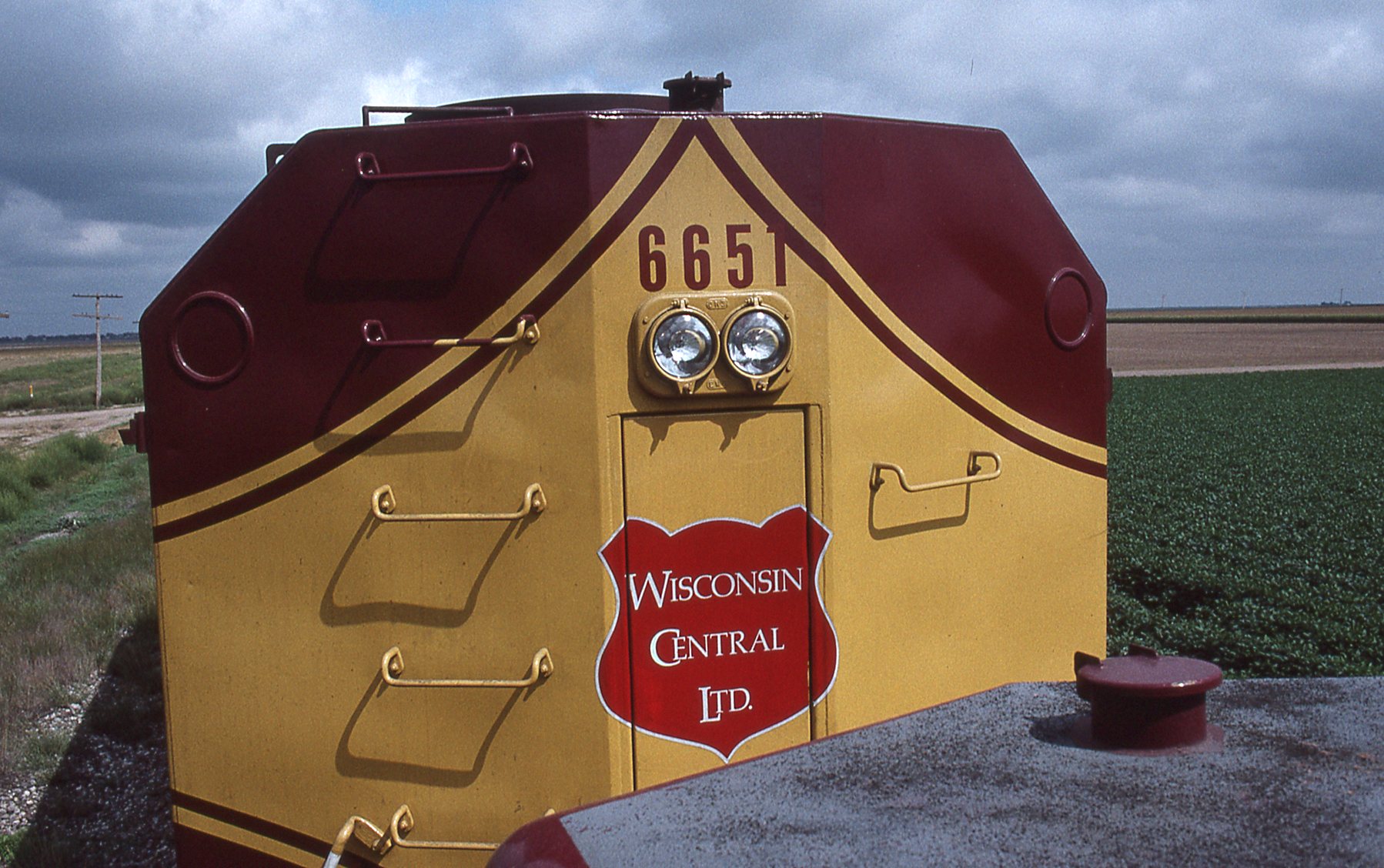