GOOGLE aerial photos show the track still being there, but it appears the line is out-of-service and weed grown between eastern Boise and Orchard. If passenger service is ever restored, the potential is there for Boise to, once again, be served, but it's anyone's guess as to whether something like The Pioneer can operate once again. Generally, once they're gone, they're gone forever.

Here's a photo of one of the Brown Brothers Harriman special trains between Boise and Orchard in September 1968. The effort UP went to in operating these three trains (a pilot train and two massive special trains) between Seattle, WA and Ketchum, ID is a story in and of itself. After the conference in Sun Valley was concluded, they also ran a special train from Ketchum, ID to Salt Lake City, UT. Nothing close to this has ever been attempted since. 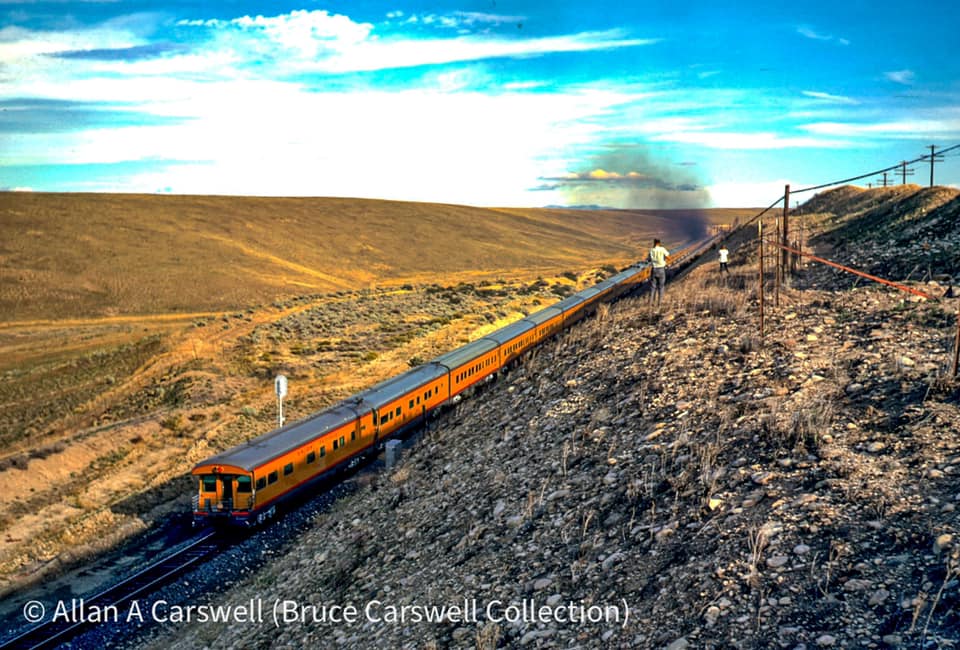